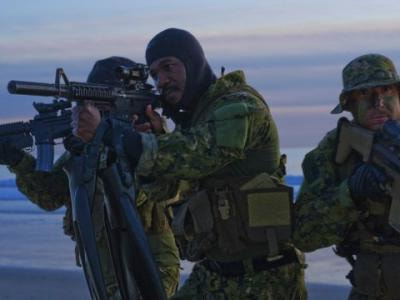 The best martial arts for self-defense, according to a Navy SEAL

When it comes to self-defense, what do SEALs recommend? Well, Jocko Willink – a former Navy SEAL who served alongside Chris Kyle and Michael Monsoor in Task Unit Bruiser, earning the Silver Star and Bronze Star for heroism – has some answers. And they are surprising.

When it comes to self-defense, Willink’s top recommendation isn’t a martial art in the strictest sense. It’s a gun and concealed carry.

Okay, great. That works in the states that have “constitutional carry” or “shall issue” carry laws. But suppose you are in California, New York, Massachusetts, New Jersey, Maryland, Rhode Island, or Delaware which the National Rifle Association’s Institute for Legislative Action notes are “Rights Restricted – Very Limited Issue” states where obtaining a concealed carry permit is very difficult?

The required course of Jiu-Jitsu is pictured in action during exercises at the Texas Highway Patrol School, May 26, 1938.AP Photo

Willink then recommends Brazilian jujitsu, followed by Western boxing, Muay Thai, and wrestling (the type you see in the Olympics, not the WWE – no disrespect to the WWE).

Willinck is a proponent of jujitsu in particular – recounting how he used it to beat a fellow SEAL in a sparring match who had 20 years of experience in a different martial art.

He noted that people should not buy into the notion of a “magical instructor” who can help them defeat multiple attackers. He said martial arts like Krav Maga can augment jujitsu and other arts.

He also noted that you have more time than you think. The attack isn’t likely to happen next week – it could be a lot longer, and one can learn a lot by training in a martial art two or three times a week for six months.

Willick notes, though, that martial arts have a purpose beyond self-defense. They can teach discipline and humility. He notes that few who start jujitsu get a black belt – because it takes discipline to go out there on the mat constantly, especially when you are a beginner.